Sony Xperia XZ4 - the most powerful flagship in the world

The last few years Sony, despite the big name, for some reason, trail far behind The flagships of the company, who possess exclusive branded camera sensors, are still somehow well known, but all the other brand devices are so uninteresting that few people remember them. However, the former greatness of the company in the field of smartphone construction does not give it the right to languish in the technological development gallery, so 2019 will change everything. Sony is preparing a new unusual flagship Xperia XZ4 with an incredible display, with an aspect ratio of 21: 9. Today's maximum and standard is 19.5: 9, which means the Sony flagship will be even more extended. Naturally, the gadget will get the minimum possible frame, as well as a triple camera and the most powerful processor - let's talk about that now. 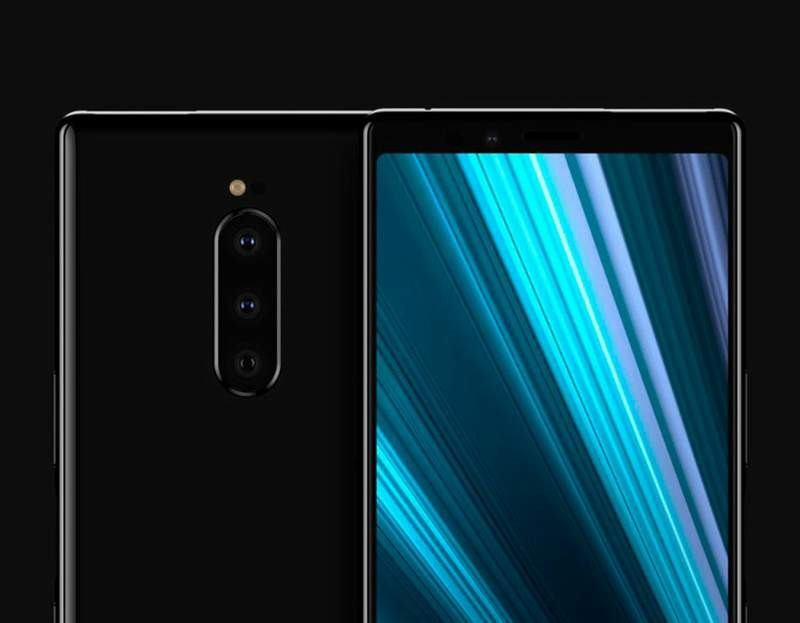 You can already find some renderings of the smartphone online which are based on various leaks. The fact that the device will become a champion among all devices with widescreen displays is a proven fact. The display diagonal should be as much as 6.55 inches with a resolution, most likely 4K. The OLED solution will act as a matrix due big energy consumption with high resolution and IPS diagonal. Smartphone will not get rid of fully from the framework, but they will become almost imperceptible, especially in comparison with the previous Sony full-screen devices. Only at the top of the display the indentation will be no more than 5 mm and at the bottom of that millimeter 3. This will allow the Sony Xperia XZ4 to easily accommodate all sensors on the front panel without the need to cut a screen like an iPhone X.

The core of the gadget will be the Snapdragon 855 processor. Although the chipset is very, very fresh, we know everything about its power, because a couple of gadgets have already been released on its base. So Lenovo Z5 Pro recently set a record in the Antutu synthetic tester, giving out about 370,000 points, leaving behind the former leaders in the face of the iPhone Xs and Xs Max. But Lenovo's leadership did not last long - the Xperia XZ4 was tested at Antutu and scored almost 400,000 points. This is simply an incredible result, and truthful, as in GeekBench Xperia XZ4 also showed a new world record. In the single-core mode, the flagship scored about 3,500 points, which is less than the last iPhone Xs, but in a multi-core device, it overstepped the mark of 12,000 points - no one has yet shown similar numbers. At the same time, the smartphone has only 6 GB of RAM and 128 GB of permanent memory - that is, the whole thing is in excellent optimization of the operating system for Snapdragon 855.

Sony has quite an interesting situation with cameras. The brand personally produces photomatrixes and supplies competitors with them, and they in turn storm the top of the best camera phones according to DxOMark. But for some reason, Sony's flagships are still not recognized as one of the best camera phones, which is strange. Nevertheless, in this regard, Xperia XZ4 should interrupt the chain of failures, as it will acquire the best sensors and in the amount of three pieces. So far, the company does not disclose details about which photomodules the new product will receive, but Xperia XZ4 will somehow take one of the leading places in the list of the best photo flags in 2019.

Previously problem of Sony smartphones was autonomy and small batteries were to blame. Despite the impressive dimensions of the devices, for some reason the company did not install high-capacity batteries in gadgets. Now the problem will disappear, because the Xperia XZ4 will be equipped with a capacious 3900 mAh battery. Moreover, the device will receive support for ultra-fast charging capacity up to 46.5 watts, thereby overtaking almost all competitors. Therefore, taking into account all the above, this year we will be able to see a truly advanced flagship from Sony, which will be free from flaws.