The anniversary generation of Samsung smartphones simply could not be a failure - you simply can’t make a mistakes during the presentation of the 10th generation of the flagship line of Samsung Galaxy smartphones. At the event in San Francisco, Koreans scored a full ride by presenting several smartphones at once: Galaxy Fold - the world's first commercially bending smartphone, three phones from the Galaxy S10 family and one special version of Galaxy C10 with support for 5G networks. In general, the evening of February 20 turned out to be hot. Lets take a look at the base model of the newly-minted line - we will review the Samsung Galaxy S10. 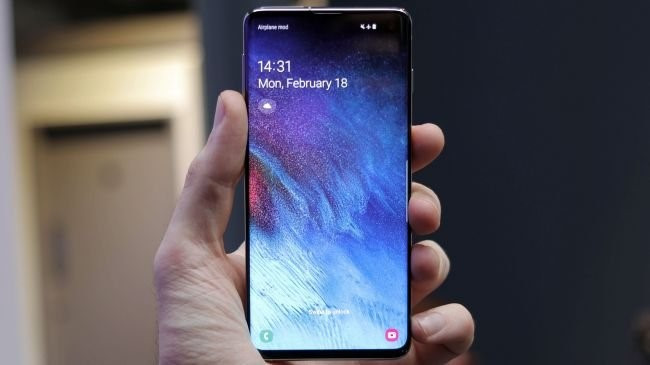 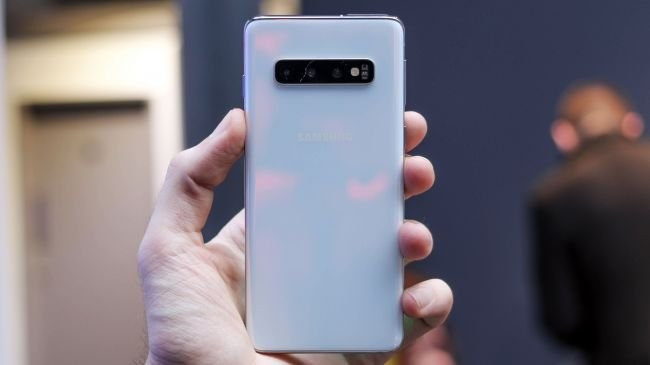 An island of three cameras and a flash are located behind Samsung Galaxy S10, arranged in a horizontal line. Looks fresh, stylish, original. Slightly lower on the back cover of the Samsung Galaxy S10 you can find the inscription "Samsung", unfortunately. The main body material is glass. Marked body, but not slippery. And you can use the Samsung Galaxy S10 with one hand - framelessness allows you to fit a 6.1 inch display in your palm. 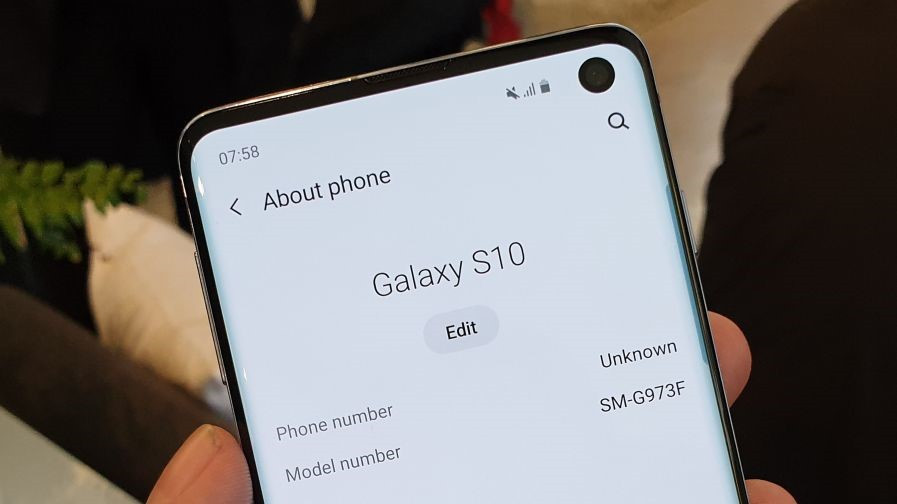 Display Samsung Galaxy S10 is smartphone decoration. Together with the smartphone South Korean company introduced a new matrix - Dynamic Amoled. In addition to improved energy efficiency, it rid off  one old lack of all Amoled screens — excessive brightness. Display Samsung Galaxy S10 is able to "adapt" to their surroundings, choosing the best color profile, and giving a soft and natural picture. And these are not just a words - the difference is visible even in photos where there is a screen of Samsung Galaxy S10. If we are talking about the rest of the display characteristics, they are at the absolutely top level: resolution - QHD +, diagonal - 6.1 '', pixel density - 551 PPi, protective glass with oleophobic and anti-reflective coating, whose faces are rounded.

Galaxy S10 is a powerful smartphone. This is indicated not only by the bare numbers, but also by the results of synthetic tests through which they have already managed to drive out the novelty. In the Antuta synthetic test Samsung Galaxy S10 scores 360,000 points, which automatically sends it to the list of the most powerful smartphones of today. Depending on the region, the Samsung Galaxy S10 can be sold with two processors on board: either the Exynos 9820 or the Snapdragon 855. Both chipsets are top solutions for their time. Helping the processor to cope with the tasks will be 6 GB or 8 GB of RAM. Under the built-in memory, the manufacturer allocated 128/512 GB. Unfortunately, the 256 GB version was not shown. Ability to expand memory using a memory card left: Samsung Galaxy S10 supports microSD up to 512 GB.

If you count the cameras on the case of the Samsung Galaxy S10, then you will find four sensors there: three at the back and one at the front. On the back of the hero of our review is located that curious triple: 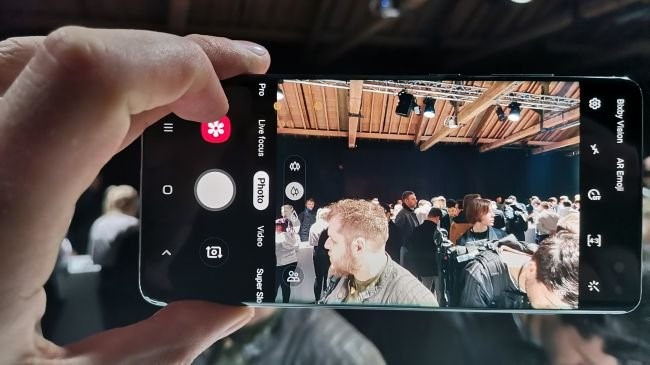 The front of the Samsung Galaxy S10 is a 10-megapixel f / 1.9 aperture module that can record video in 4K resolution.

Samsung Galaxy S10 is indeed a cool smartphone. It has the features that a top-end smartphone should have: a stylish design, a large and frameless screen, advanced cameras and maximum performance. Of course, it is expensive, but for high technology has to pay serious money.