The upcoming Samsung Galaxy A7 (2018) has with three cameras on the back but it is likely to cost only a fraction of the Huawei P20 Pro's price. 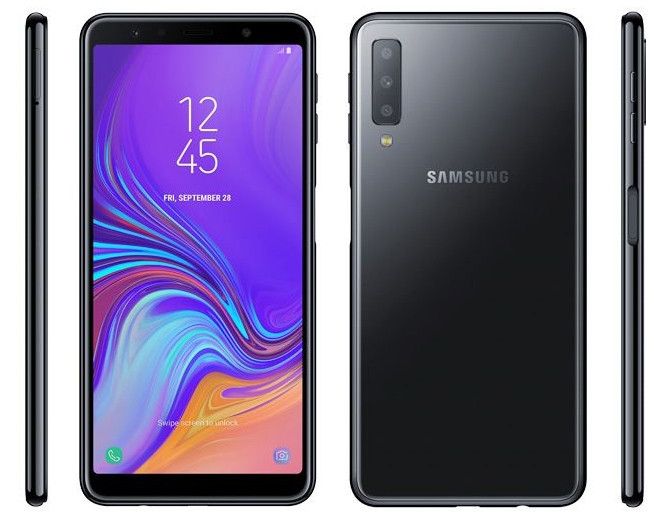 However, it is undeniable that the triple camera setup on the back of Galaxy A7 is main highlight. You get a 24MP primary sensor behind an f/1.7 lens, an ultra-wide 8MP f/2.4 module with 120° viewing angle and a 5MP depth sensor.

The smartphone runs on Android 8.0 with Samsung Experience and is powered by a 3,300 mAh battery. Fingerprint reader is located on the right side of the frame unlike what we have come to expect from Samsung.

Striving to be trendy, Galaxy A7 (2018) now offers slightly curved front and a glass back while the side frame has not been specified - a good guess is that it is made of plastic. The available colors are pink, black, blue and gold.

The handset will be launched in selected European and Asian markets and before expanding in distribution this Fall. Samsung is going to host an event on October 11 where more details about phone will be revealed.