Pixel 4 and Pixel 4XL: a review of the new flagships from Google

Months of leaks, dozens of tip off, several spy photos - the world raged before the official presentation of Google Pixel 4 and Pixel 4XL. Everything ended on October 15: Google showed off its new flagships at an event in New York. Looking ahead, we’ll say that most of the leaks turned out to be true: you and I learned the design long before the presentation, the characteristics slightly surprised those who came to the event, but there were some surprises. What surprised Google and how good is Google Phone 2019? Read our review of Google Pixel 4 and Google Pixel 4XL. 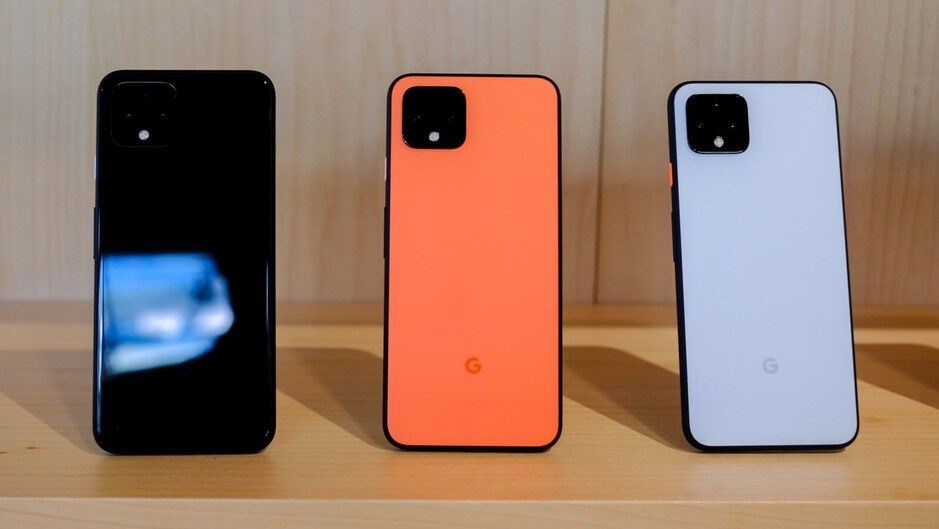 Interestingly, the Google Pixel 4 and Pixel 4XL practically do not visually different from each other, which can not be said about the previous generation of smartphones, where you could immediately see where the Pixel 3 and XL are. One significant difference is the dimensions. Smartphones have received protection against water and dust at the level of IP68. The frames around the displays of new products remained large, but for some unknown reason, they are not particularly striking. The largest part of the black frame is the top, it hides a new technology called Slim. It provides access to control smartphones using gestures and also allows you to quickly unlock using your face. On the rear surface of the Google Pixel 4 and Pixel 4XL housed a dual main camera, designed under the "black square". It looks stylish. The sensor protrudes above a smooth surface, which is not very convenient when you put your smartphone on a flat surface. In summary, we have a minimum of questions regarding the design of the Google Pixel 4 and Pixel 4XL. The appearance of smartphones is recognizable, which is already good.

The flagships from Google 2019 received ultra-modern and relevant screens. What Pixel 4, what Pixel 4 Ixel got OLED displays, which have recently been named the best matrices on mobile devices. The main feature of the Google Pixel 4 and Pixel 4XL screens is the adaptive 90 Hz OLED matrices. A high refresh rate is good, but a variable high frequency is better: the Google Pixel 4 and Pixel 4XL displays adjust to what the smartphone screen displays. This not only improves picture quality, but also positively affects energy consumption. 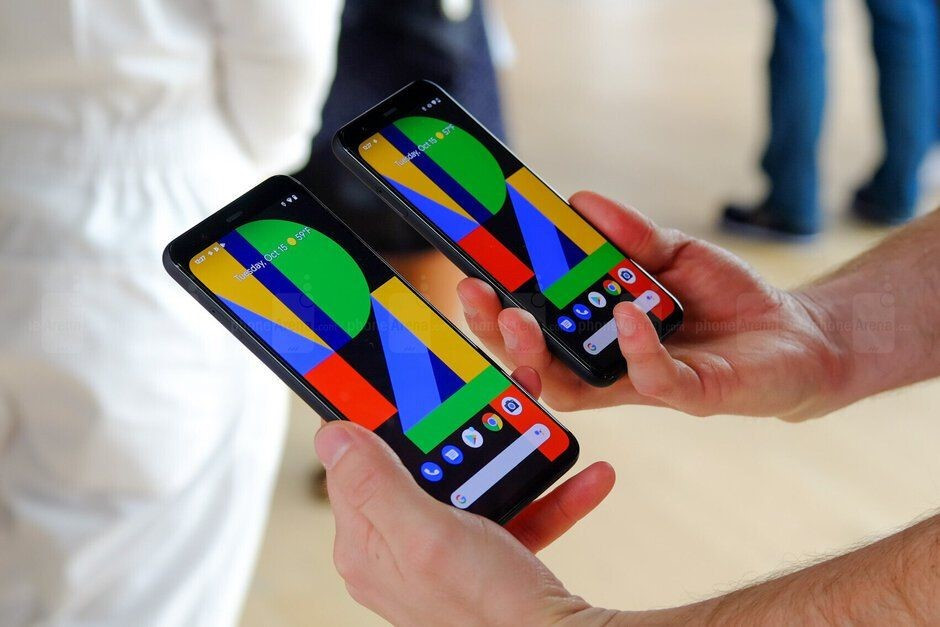 Pixel 4 received a 5.7-inch screen with Full HD + resolution, an aspect ratio of 19: 9 and a pixel density of 444 PPI. Pixel 4 XL got a 6.3-inch display with QHD resolution. As a result, the pixel density is higher and is 537 ppi. As the first smartphone users noted, the screens at Google Pixel 4 and Pixel 4XL are distinguished by rich colors, high brightness and natural color reproduction.

You probably will not be surprised by the fact that Pixel 4 and Pixel 4 XL work on the latest version of the Android operating system - Android 10. Yes, they are far from the first smartphones running on this version of the OS, but they will be faster and longer than all getting updates is a fact.

e of the main upgrades of the Google Pixel 4 and Pixel 4XL compared to previous generations is the loss of the classic fingerprint scanner. The new flagships of Google are now unlocked only with a face or a graphic/digital password. 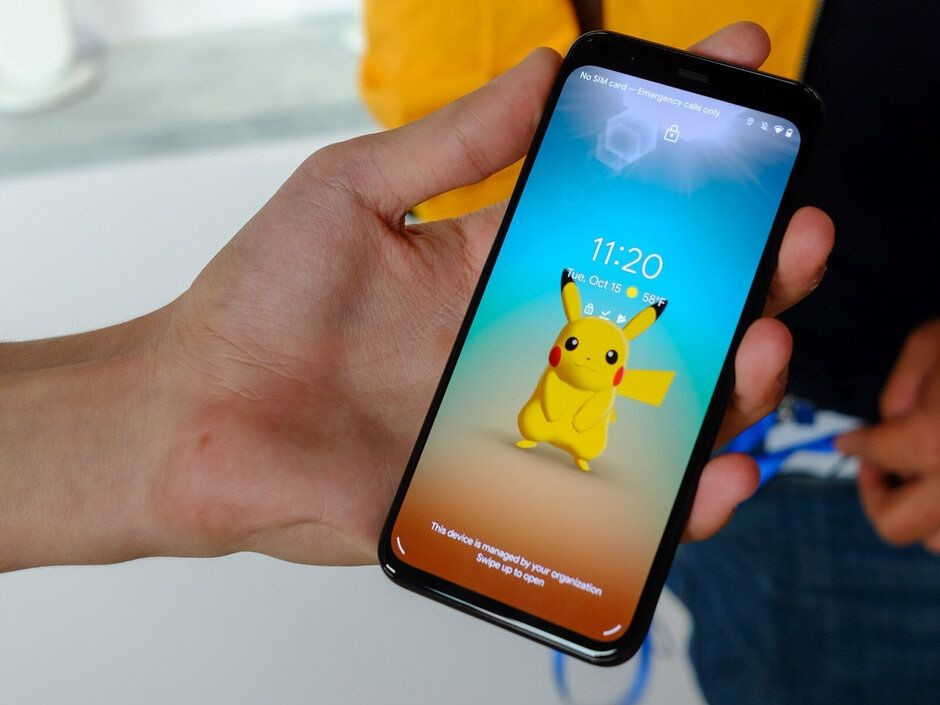 The new unlock system is an analogue of Face ID. However, Google claims that their system is safer and “smarter”. Google Pixel 4 and Pixel 4XL store user data on a smartphone, and does not send it to the manufacturer’s server, as iPhones do. Next to the unlock sensor is Motion Sense. This sensor scans the space above the smartphone and identifies the movements of the owner. Thanks to this, it became possible to implement control of smartphones using gestures. With a wave of your hand on Google Pixel 4 and Pixel 4 XL, you can control the playback of audio or video, turn off the alarm, etc.

Another software thing of Google Pixel 4 and Pixel 4 XL –build in Recoder application. With it, you can take voice notes. It seems nothing interesting, but Google gave this program artificial intelligence, which allowed Recoder to recognize speech with high accuracy, remove pauses between sentences, and translate dictated text into a written version more accurately and accurately. 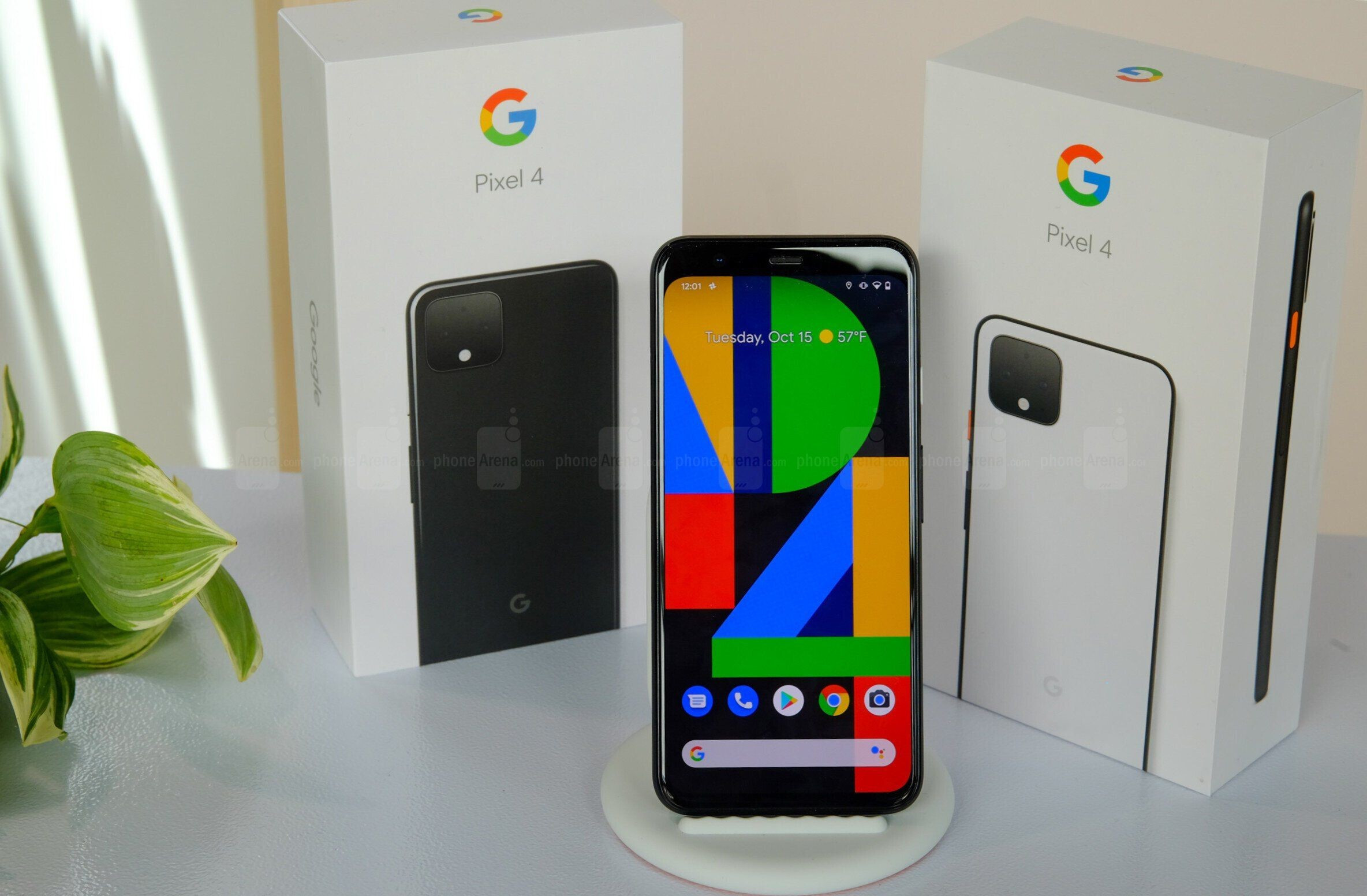 With the performance of the flagships of Google 2019, everything is fine. Inside both smartphones, the Qualcomm Snapdragon 855 processor is installed - the most powerful solution for 2019 Android smartphones. The processor is built on a 7-nm process technology, and its maximum operating frequency is up to 2.84 GHz. For RAM, the manufacturer allocated 6 GB for both models. But with the user memory we got a strange situation. Smartphones will be sold in two versions: 64 GB or 128 GB. The lack of 256 GB user memory (we are silent about 512 GB) seems like a strange decision from Google. Google Pixel 4 and Pixel 4 XL are unlikely to have problems with autonomy: the basic model is 2800 mAh, XL - 3700 mAh. At the same time, fast charging capacity of 18 W is supported. Charging takes place via the USB Type-C connector. 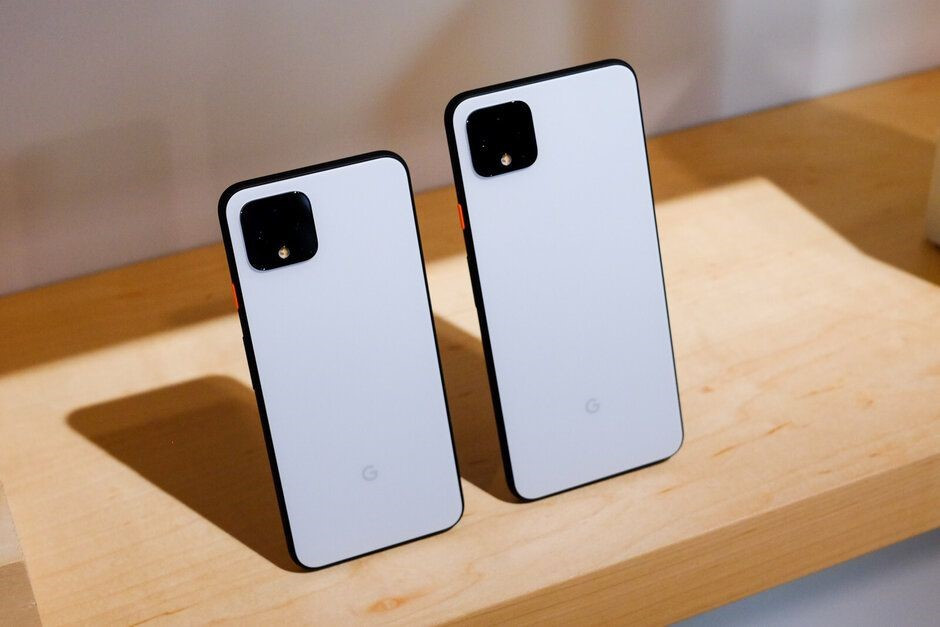 Why people buy Pixel smartphones? Mostly because of the cameras. For several years in a row, smartphones from Google have been recognized as the best in the "mobile photography" segment. And this year Google stepped forward, equipping both of its smartphones with 12.2 + 16 MP sensors. The first camera is a classic sensor, the second is a telephoto lens for optical zoom of objects. Pixel cameras are famous for their HDR + mode. In the fourth generation, this mode has moved to a new stage - HDR + works on Google Pixel 4 and Google Pixel 4XL in real time. This means that the user will see what the final shot will be right from the camera application even before the shutter is released.

Another photographic opportunity is Dual Exposure. It allows you to simultaneously control the brightness and marking of colors directly on the smartphone. It is also worth saying that the company worked on white balance - new algorithms help to achieve excellent color rendering results even in the most difficult conditions. Separate mention is the Night Sight mode, which is intended for fans of photographing the night sky. The presentation showed several photos taken in this mode, and it's just amazing. However, there are questions to the Google Pixel 4 and 4XL cameras: why did the company pay attention only to photography, but did it score on the video? Pixels are still shot at last year’s level and do not support 4K video recording at 60 frames per second.

Google’s pricing policy is not very loyal, but the brand has a very loyal audience that is ready to pay such money for the new Pixel. Official smartphone prices are as follows:

Pixel 4 and Pixel 4 XL will soon be available for purchase on ETOREN!
You can Subscribe to our newsletter or follow us on FB and get notified with our promotions and new launches!