LG V60 ThinQ - a fresh flagship with an additional screen-module

Despite all the difficulties and the closure of the flagship line LG G, the South Korean manufacturer of gadgets is still floating. A couple of days ago, the company introduced the new top-end device LG V60 ThinQ, but you might not have heard about it, since the action took place in the brand’s homeland - in South Korea. This happened because, because of the danger of coronavirus infection, the organizers of the MWC 2020 exhibition decided to cancel the event. But the smartphone is presented, and it will go on sale all over the world, not only in South Korea, and therefore it would be necessary to get acquainted with the new flagship closer. 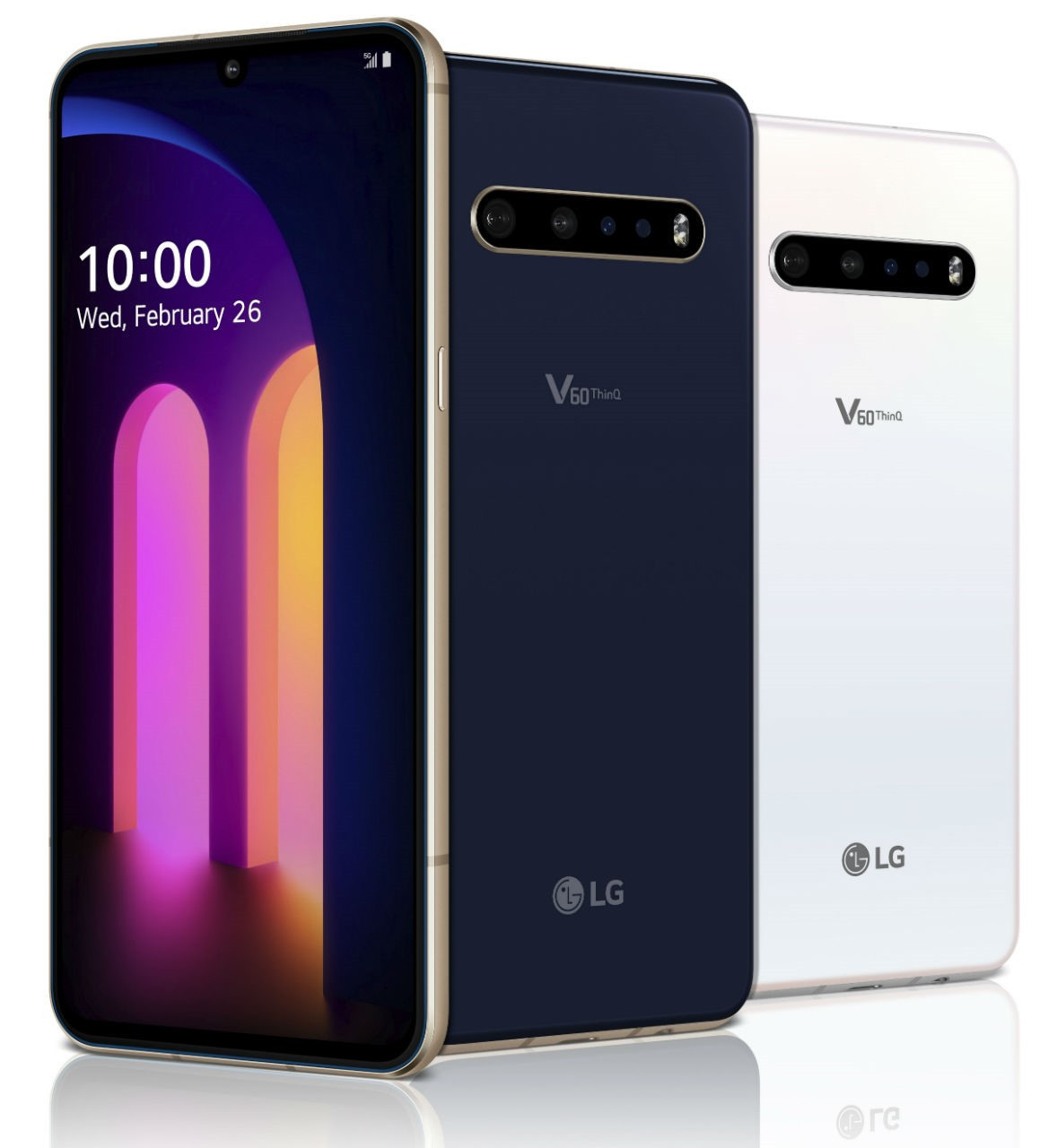 LG V60 ThinQ - what interesting has the gadget prepared?

We should start directly with the highlight of the smartphone - its additional screen-module, which no longer needs to be purchased separately since it comes with the kit. It looks like this: the smartphone is inserted into a special accessory resembling a book cover, the closing part of which has a second display. When its unfolded, both displays are available to the user, on the left and on the right, and the characteristics of both, primary and secondary, are exactly the same - its a 6.8-inch diagonal, P-OLED matrix, Full HD + resolution, aspect ratio 20.5: 9, support for HDR10 + content DCI-P3 color space and Always-on Display technology. Interestingly, the display sweep frequency is only 60 Hz.

Both screens have a drop-shaped cutout for the front camera, but at the same time only a smartphone has a selfie camera, but there is none in the module screen. Why do I need an additional display? Most likely, this is LG's answer to folding devices from Samsung and Huawei, but in its interpretation. This is convenient in games, in multitasking, and without prejudice to the main gadget, since the display module can be safely disconnected and use the LG V60 ThinQ as a regular smartphone. 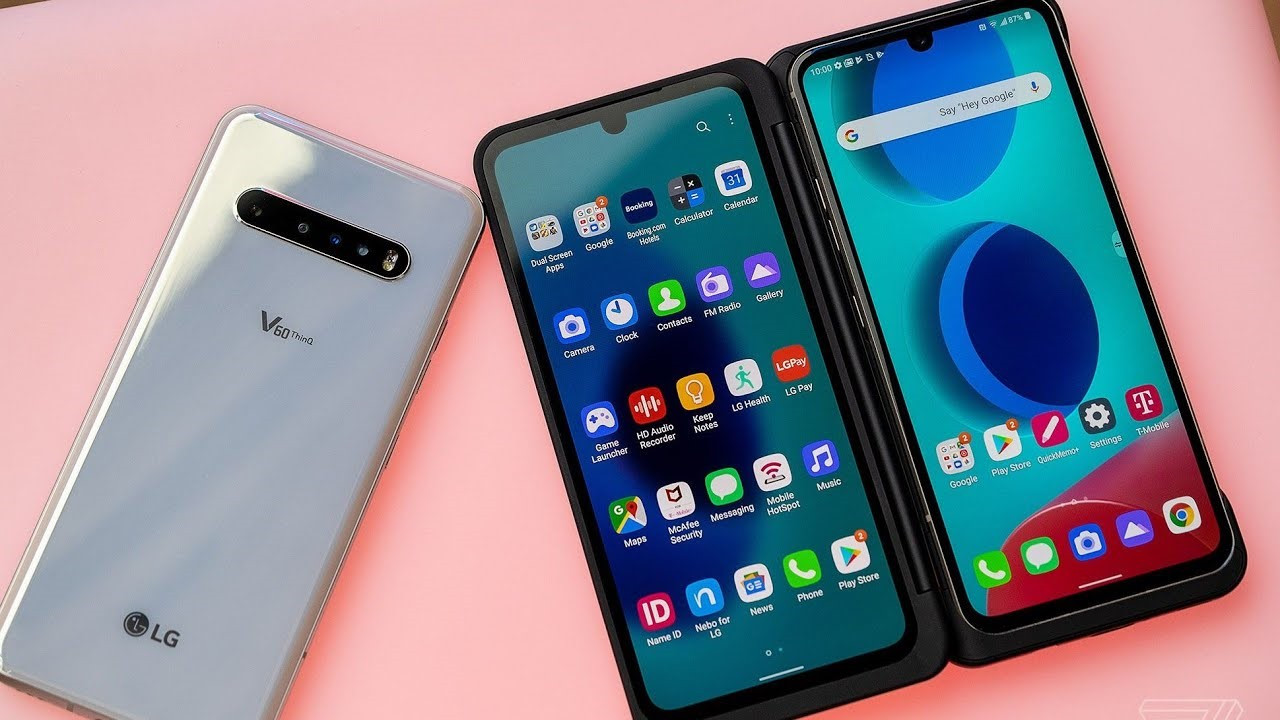 As befits any flagship of 2020, the LG V60 ThinQ got the top Qualcomm chip - Snapdragon 865 with memory parameters of 8 GB of RAM and 128/256 GB of internal storage to choose from. There is also support for memory cards up to 2 TB. It is powered by a very capacious 5000 mAh battery with support for Quick Charge 4+ fast charging, and wireless charging is also available.

In addition to the fact that LG decided not to bet on a 90 Hz or 120 Hz display, the company also ignored the 108 MP camera. But partly, the manufacturer joined the race of megapixels, as it equipped the device with a 64 MP sensor with f / 1.7, optical stabilization and a Dual Pixel autofocus system. The smartphone also has a 13 MP wide-angle camera with very fast aperture optics f / 1.8 and a ToF-sensor with f / 1.4 to determine the depth of the scene. Similar to other flagships of 2020, LG V60 ThinQ supports recording videos in 4K resolution @ 60fps and 8K @ 30fps. The front camera is represented by a 10 MP sensor with f / 1.9.

Of the other features of the device, it is worth noting the presence of 3D Sound technology with loud and surround sound. There is an NFC module, the housing is protected from moisture and dust according to the IP68 standard, the device works in 5G networks and supports Wi-Fi 6. Type-C 3.1 and Bluetooth 5.0 are included by default. The LG V60 ThinQ runs on Android 10 with the proprietary LG UX shell.

The date of the appearance of the smartphone on sale, as well as its price, will become known in the very near future.