The upcoming Xiaomi Mi Mix 3 is rather big. At 6.39" in screen size, it is nearly as big as the original. The notable improvement in Mi Mix 3 is that the bezels have slimmed down by 4.46mm from the recent Mi Mix 2S model.

Xiaomi is going original with this one, not following the industry’s trend of notched designs nor adopting Oppo/Vivo’s automated pop-up mechanisms. They decided on having a manual slider to place the selfie camera. This is rather smart move as the sliding action with the phone is inexplicably satisfying. 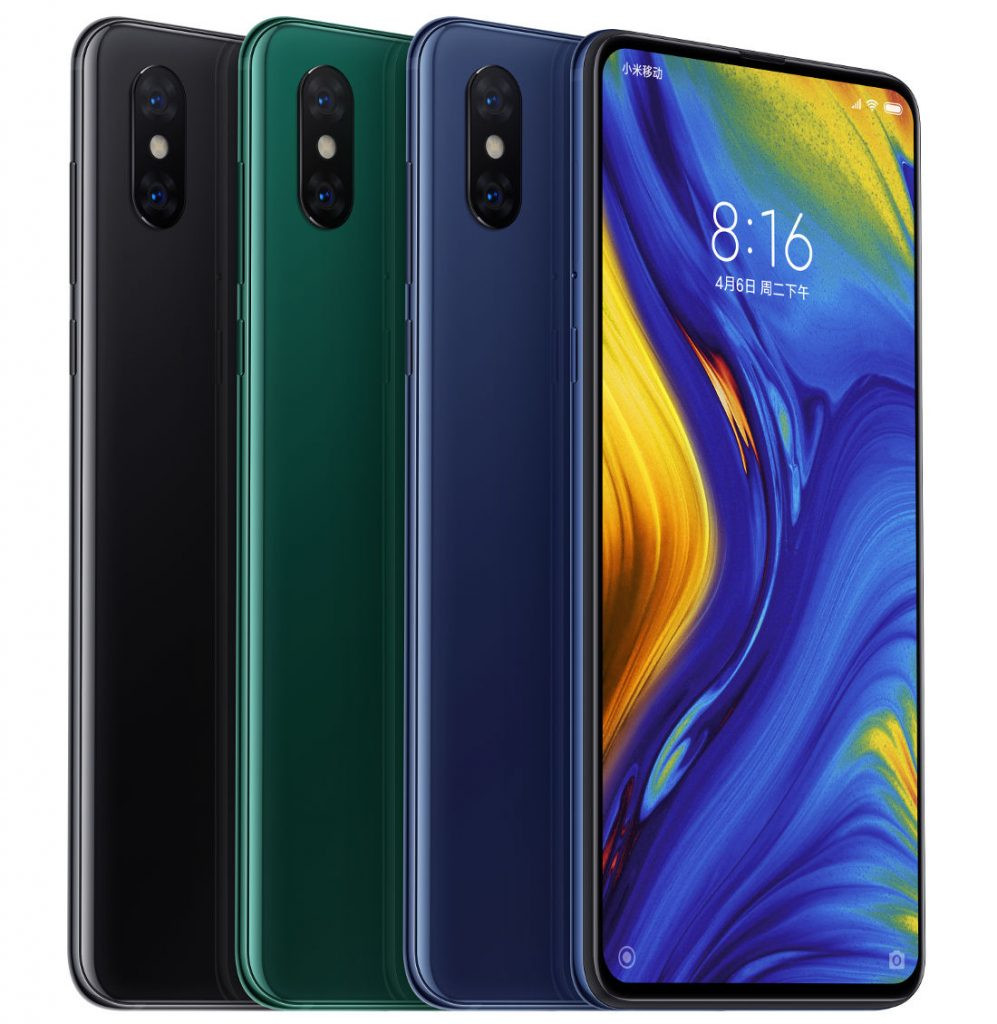 With the front camera out of the way, the notch-less screen and thin bezels result in an official 93.4% screen to body ratio. This is definitely a perceptible improvement over that of the original i.e. 91.3%.

Besides that improvement in the screen, we should know that there is a flagship camera as well. Purportedly to be amongst the best mobile cameras currently on the market by Xiaomi, the camera features dual camera lens on its front as well as on the back.

Notwithstanding Xiaomi is known to be an established leader in the market of budget phones, it proves that it can also build some of the best flagships like with the Mi Mix 3.

If you miss the good old days when you would slide open your phone to answer a call and then slide shut with a gratifying click to hang up, Mi Mix 3 will allow you to relive that nostalgia.

Xiaomi uses an innovative method to lock the phone in the open and closed positions – using neodymium magnets – which also provides a "springy" effect. Xiaomi claims that the Mi Mix 3 has been tested through 300,000 open/close cycles and can be used it as a fidget.

The 6.39" screen is an AMOLED with a 19.5:9 aspect ratio without any distracting notch and has a HDR resolution of 1,080 x 2,340px, just as Xiaomi's other flagship models. There is a 103.4% coverage of the NTSC color gamut. Brightness is at 430 nits for typical level and 600 nits for maximum brightness in sunlight mode. The ‘Always On Display’ mode is available too.

The receiving earpiece is located in the lower half of the slider but it is also possible to talk with the slider closed.

The phone frame is made out of high tensile strength 7000-series aluminium, while the back is made of ceramic.

As for battery, Xiaomi Mi Mix 3 has a 3,200mAh one that can be charged wirelessly. QuickCharge 4.0+ is also supported. Fingerprint scanner is located on the back of the phone as expected and is responsive.

The main module on the back shooter has a 12MP Sony IMX363 image sensor with large 1.4µm pixels and Dual Pixel autofocus. The lens has an f/1.8 aperture and a 4-axis Optical Image Stabilization. The other module uses a 2x telephoto lens and a 12MP sensor with 1.0µm pixels

Night mode works efficiently and effectively in bringing out more details. There is also the HDR mode that helps in rescuing to some extent some of the photo details.

Video capturing is now able to support higher frame rates – 1080p at 240fps continuously and at 960fps for short clips. Video-taking at 2160p resolution has gained a 60fps mode too.

As for the front shooter, it is a substantial improvement over the 2S. This dual camera’s main module has an impressive 24MP resolution. Its sensor has 0.9µm pixels and supports 4-in-1 pixel binning. Even a 2MP depth sensor has also been added for bokeh creation.

Xiaomi Mi Mix 3 is powered by a Snapdragon 845. This is a highly capable chipset that many flagships are current using and we should not be strangers to its performance. Albeit MIUI may not be the most minimalist of android skins, the user interface feels responsive and fluid enough, with apps launching quickly upon selection.

Xiaomi Mi Mix 3 is unique with promising specs. With nothing quite like this presently on the market, this phone is something to watch out for with anticipation.

Security: fingerprint reader on the back; face recognition