Despite the general problem with the coronavirus, or rather what inconveniences the virus brought to the techno giants, Apple still released new gadgets. It happened on March 18 and the world was presented not only the new MacBook, but also Mac mini, as well as several iPad Pro 2020. In addition, the iPad Pro introduced the Magic Keyboard with a touchpad. Read today's article about what's new in tablets, what surprised the company prepared and whether they managed to make revolutionary gadgets again.

What immediately distinguishes the fresh tablets from the previous models is a block with main cameras. Now that the iPad Pro 11, like the iPad Pro 12.9, has the same padding for camera modules as the iPhone 11 Series. However, in the case of tablets, the main unit contains only two photomodules: A 12 MP main camera with standard aperture and viewing angle, while a 10 MP camera is wide angle. Apple claims to have a 2x optical zoom, but its implementation is most likely the difference in viewing angles between the width and the standard camera. There is also a third module, but it is called lidar. It's a depth sensor analogue, but it's more advanced. 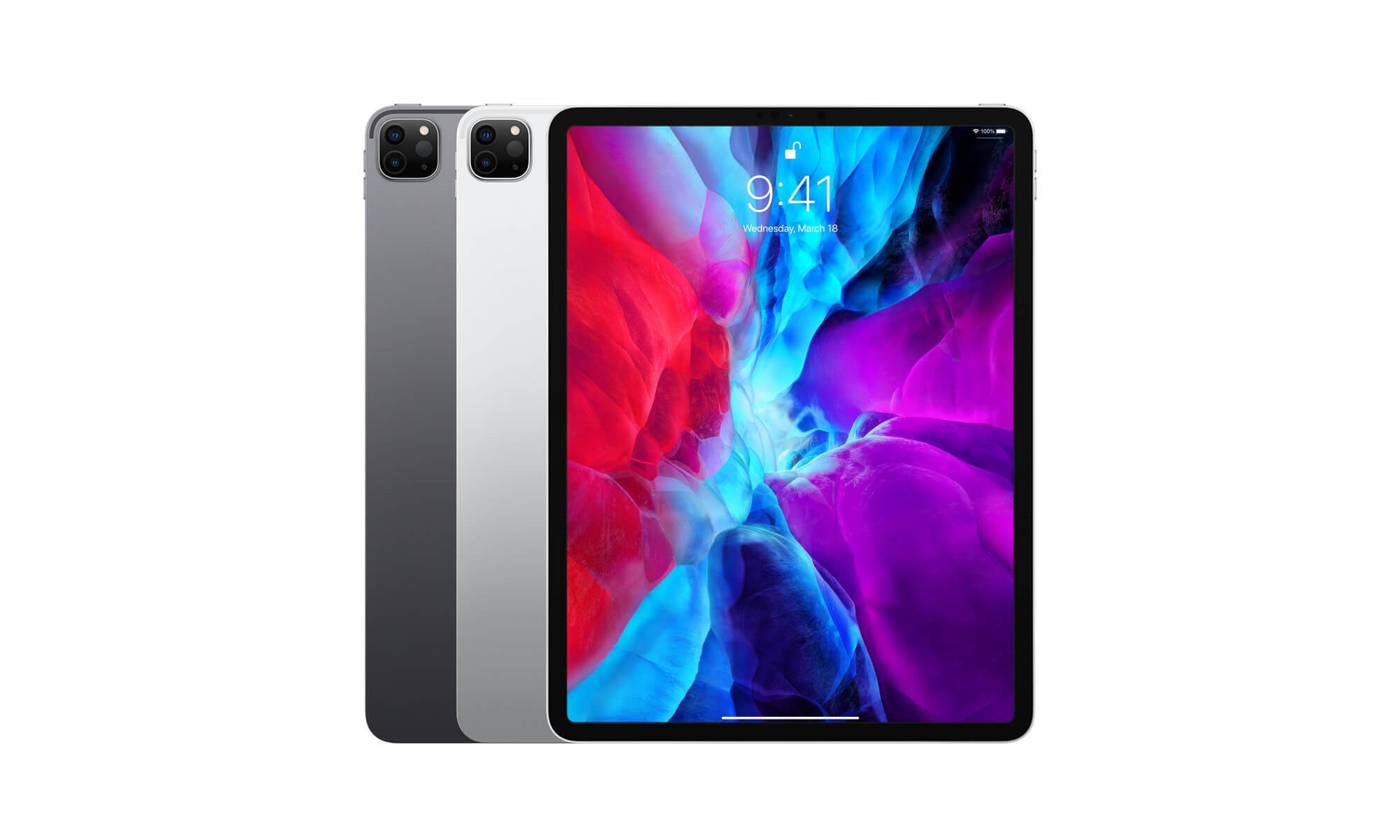 Lidar, used in the new iPad Pro 2020 tablets, has replaced the usual depth sensor and is able to more accurately determine the distance from the camera to the object. The maximum distance at which the accuracy of the lidar is high does not exceed 5 meters from the gadget. Apple says that the technology of measuring the depth at the photon level with nanosecond speed. In addition, the camera system is complemented by the capabilities of neuro-technology, so that now the iPad Pro 2020 line is a leader in the issue of photographic capabilities in the tablet PC environment.

At the same time, the company states that the lidar will be able to access any practical utility with support for ARKit. This means that augmented reality on the iPad Pro 2020 will be able to reach a new level, giving a higher accuracy. On the other hand, such innovations are not very interesting for the average buyer.

As it has already become clear, there are two tablets: one received an 11-inch matrix, the other - a 12.9-inch matrix. The resolution of the displays is 2388x1668 and 2732x2048 pixels respectively. Type of Liquid Retina screens with ProMotion and TrueTone technologies. The latest Apple A12Z Bionic chip consisting of 8 CPU cores, GPU adapter and Neural Engine unit is responsible for the devices operation. The power of the chipset is not yet revealed, but there is confidence that another record will be set at Antutu. 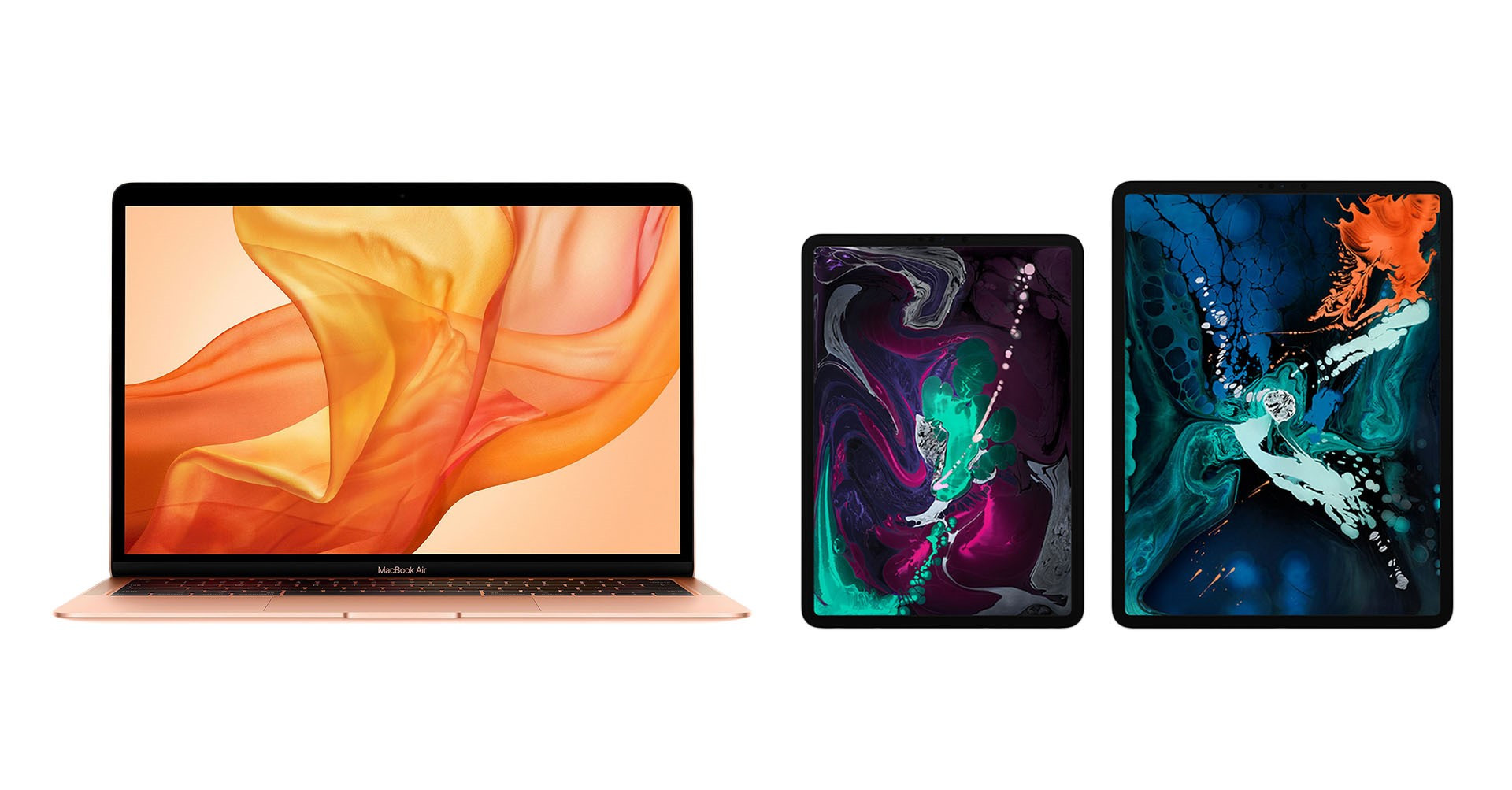 It worth to empahise that in the new iPad 2020 tablets emphasis is placed on microphones, which as much as 5 pieces. Apple reports that tablets can record sound at studio quality. As for the speakers, there are 4 of them in each device with the presence of full stereo sound. Resolution of the front camera is 7 MP, there is support for Wi-Fi 6, Bluetooth 5.0, there will be a separate version of the gadgets with a cellular modem, there is a Type-C, and the internal drive offers space from 128 GB to 1 TB.

The most interesting thing about the whole presentation was the new keyboard, not a double camera or a fresh operating system. The rumors were confirmed, and the keyboard really got a touchpad. It is designed in such a way that allows you to adjust the position of the tablet in a wide range, bringing the iPad even closer to a classic notebook. It should be noted that Magic Keyboard offers a full-size keyboard with a "scissor" mechanism and 1 mm keystroke. It also has a USB-C port for charging the tablet, and the USB-C connector on the tablet itself remains idle, so you can use it to connect drives or something else. 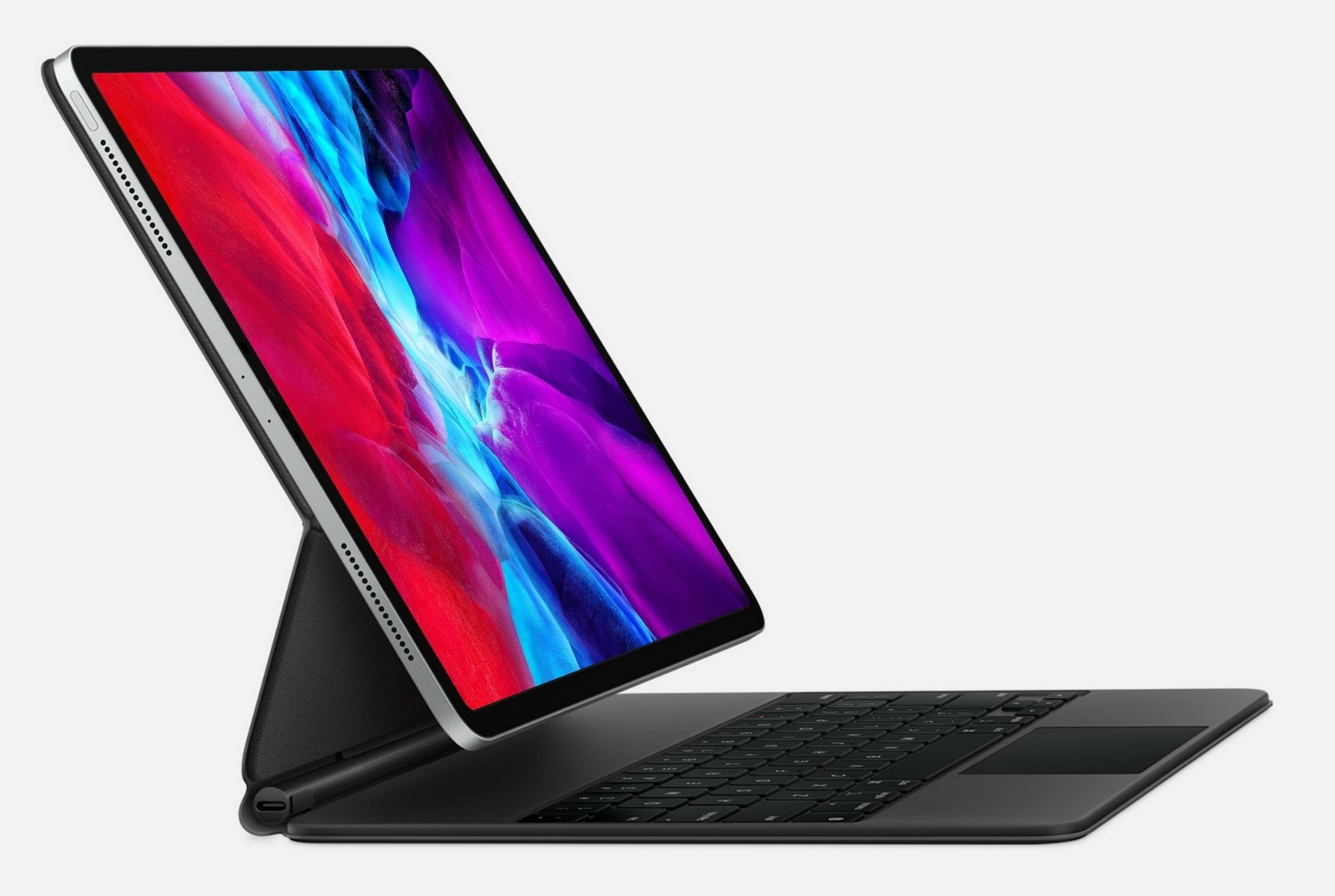 The price of an 11-inch iPad Pro without a cellular modem, depending on memory, is estimated from 800 to 1300 dollars. If you have a modem, the price increases to 950 and 1450 dollars respectively. The cost of the 12.9-inch version of the tablet without a modem is $1,000 for the basic modification and $1,500 for the top version. With a modem, the price for any version of the tablet also increases by $150.

As for Magic Keyboard, it is worth waiting for it in May at a price from 300 to 350 dollars. It is also compatible with earlier iPad Pro tablets.