All Samsung Galaxy A 2019: we reviewed them all

Samsung company pleasantly surprised this year: they produced not only good flagships but also paid quite a lot of attention to the budget and mid-market segments. The most popular series of Samsung smartphones is the Galaxy A 2019. Now the line has more than 20 smartphones. They cover the widest price range: from $ 130 to $ 750 dollars. After reading this article, you can decide on your Samsung Galaxy A 2019 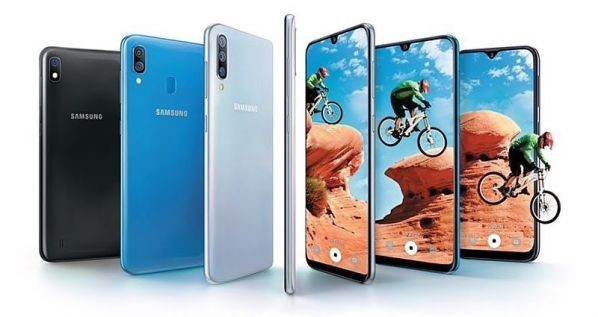 Samsung Galaxy A2 Core - a small, nimble, modest hard worker from a South Korean manufacturer. In this small five-inch smartphone, Samsung has a good PLS-screen, an eight-core processor, LTE-module, 1GB of RAM and 8/16 GB of internal. The main feature of the smartphone is a light version of the Android operating system. Android Go Edition makes it possible to work the modest hardware of the Samsung Galaxy A2 Core more quickly. 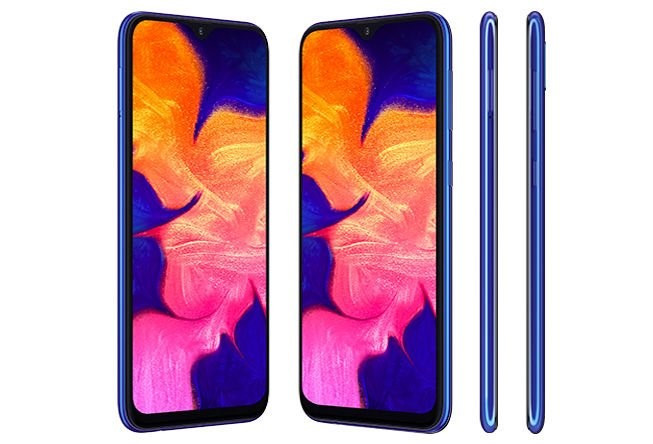 They added a little more than $ 50 and opened a new series - Samsung Galaxy A20, A20e, A20s. This trinity offers more advanced specifications and more functionality. The Samsung Galaxy A20, A20e, A20s have a fingerprint scanner, a more thoughtful and holistic design, an enlarged screen and a dual main camera with an ultra-wide viewing angle of 123 degrees. Thanks to this, much more detail gets into the frame than with standard shooting. Another feature of the line is support for fast charging. Without it, in the modern world, simply hard to survive.

Samsung Galaxy A30 and A30s - confident middle class from Samsung 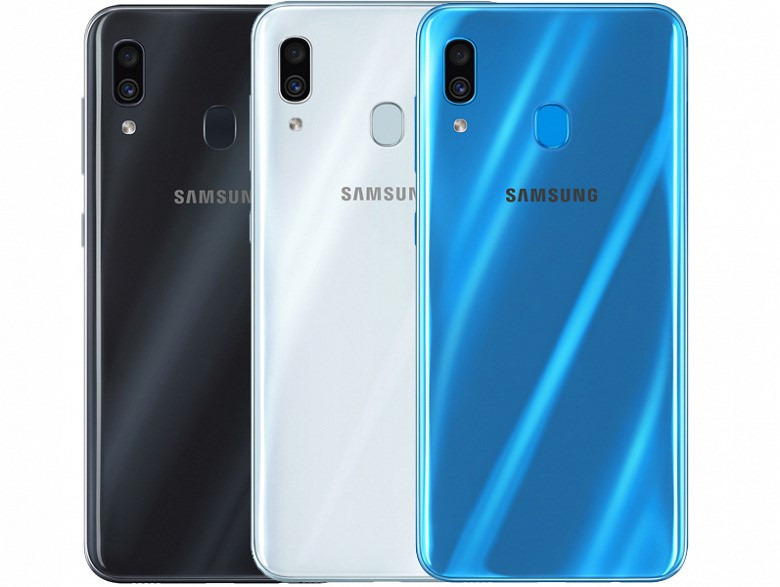 Samsung Galaxy A40 and A40s - a pair of decent smartphones 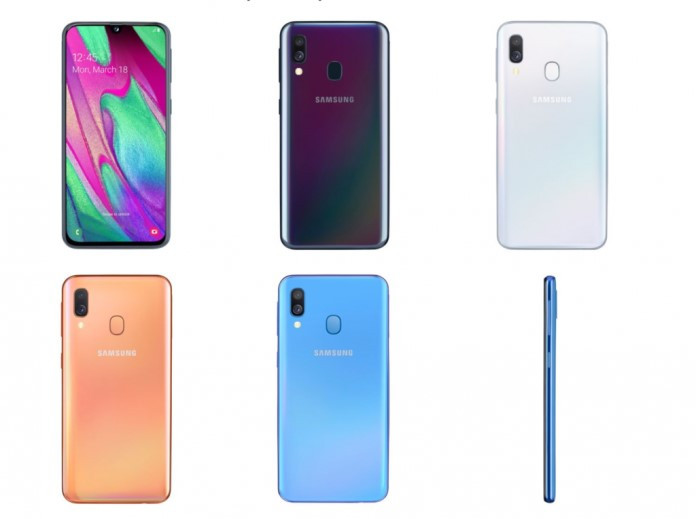 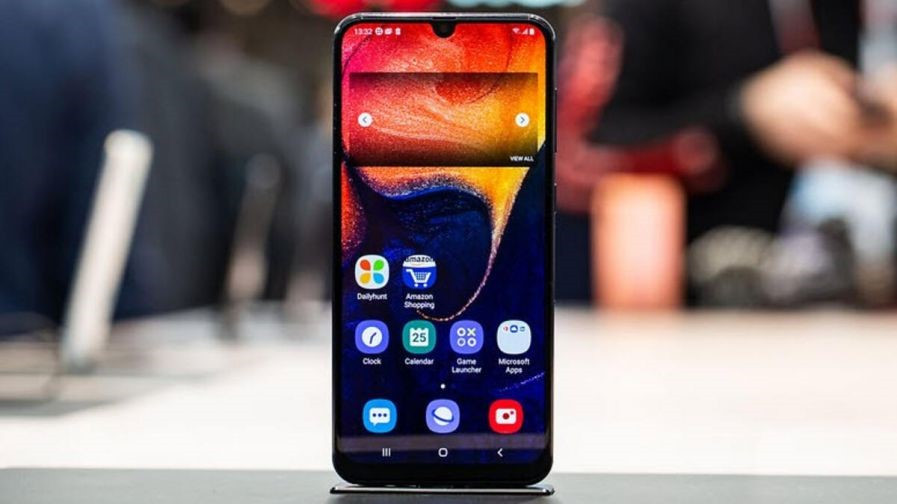 Strong middle-class representatives are the Samsung Galaxy A50 and A50s. Thought these series of smartphones, the company shows a portrait of the perfect gadget. Here you have advanced technologies, and adequate pricing, and stylish design. Gadgets are equipped with a virtually frameless display - the matrix occupies almost 90% of the front panel. It is impossible not to note the sub-screen fingerprint scanner, which first appeared in the Galaxy A lineup specifically on the Samsung Galaxy A50 and A50s. Using this scanner, it’s convenient not only to unlock the smartphone, but also damn comfortable to pay for purchases using the NFC-module, which, incidentally, is also on board the Samsung Galaxy A50 and A50s. Well, probably, the main feature is the triple main camera with a resolution of 25 + 8 + 5 megapixels and AI support. 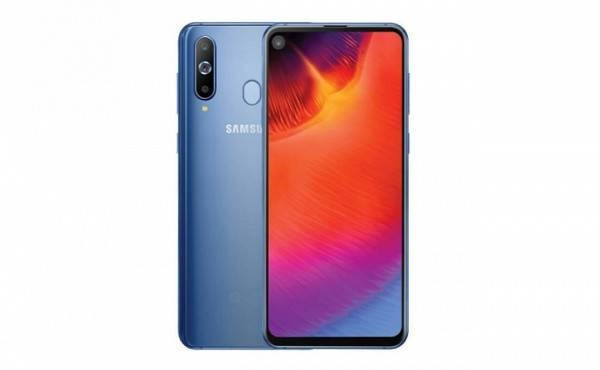 Samsung Galaxy A70 and A70s - best camera phones in their class

Samsung Galaxy A80 - a powerful phone from Samsung 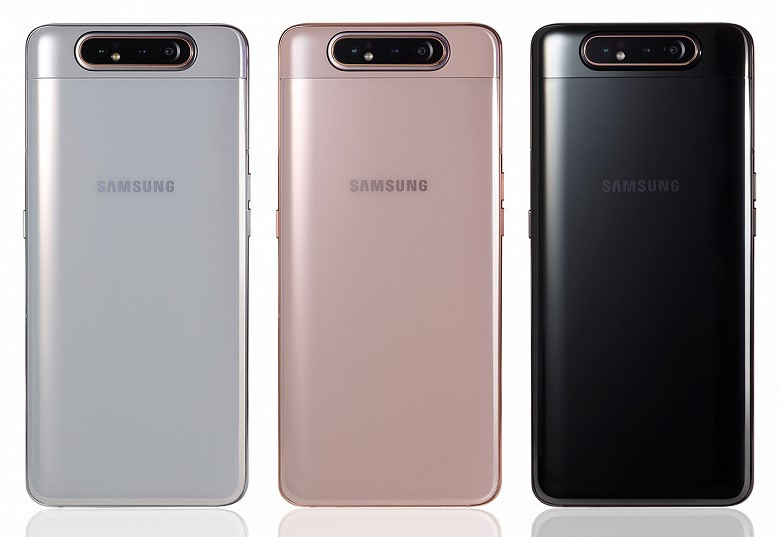 Not the most powerful model of the Samsung Galaxy A2019 line, but clearly the most unusual. Samsung Galaxy A80 is the company's first smartphone with a triple camera, which is located at the top of the phone. Thanks to this tricky action, Samsung managed to kill two “birds with one stone”: they achieved a completely “frameless” screen, and also managed to survive the maximum quality of mobile images. The triple camera of the Samsung Galaxy A80 is represented by the main sensor of 48 megapixels, an ultra-wide module of 8 megapixels and a ToF-sensor for determining the depth of scenes (needed to blur the background in portrait mode). The combination, of course, is standard for this price category, but the design in the form of a swivel makes it special: just select the "selfie" mode and the camera will leave the back of the case and tune in exactly for you. 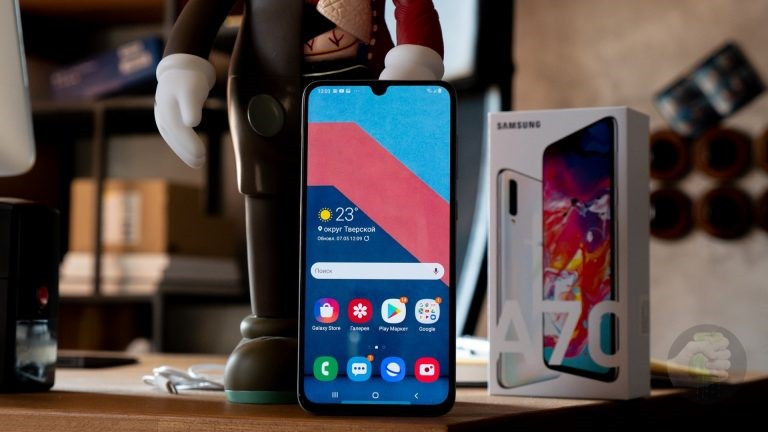